We purchased a 2010 La Pavoni Stradivari Europiccola a ways back new in the box.  It took us a few years to figure it out 🙂 but that is another post.  Short version get a great grinder, oehandgrinders.com not a bad place to start, love the lido 2. No idea why I was surfing for Pavoni’s but well I was and I won the auction. New to me Lever La Pavoni from ebay :

This is the ebay photo.  The Pavoni wasn’t in horrible condition. Gaskets were dried out and the base was quite corroded.  The 73/74 La Pavoni’s have an aluminum base.

Inside looks good and a quick descale would be sufficient.  With the base corroded I decided to strip down the entire machine and send the base off for powder coat and blasting and restore the machine with all new gaskets.

Pictures are great for the wiring, these elements are impossible to replace new (requires some work, hopefully show this on another parts machine in a future post).

The heating element is off and we are looking inside the tank from the bottom.  I used a oil filter wrench to remove it. Notice the brass ring holding the boiler to the base.  This presents a challenge. Option 1 if the boiler isn’t seating incredibly tight you might be able to remove it with the oil filter wrench but it has very little surface to grab on due to the sides of the base.  Option 2 is to get a spanner, since I did not have a lot of metal tools handy this was out for making.  Now I know some machine shop people who could make one up for me.  Option 3 was to put two pins in a vise and then drop the machine on top and turn.  This actually worked!  There are two paper gaskets here.  These will be replaced.  They do not provide any water tightness to the machine, just apparently for the boiler to not fuse itself to the base. 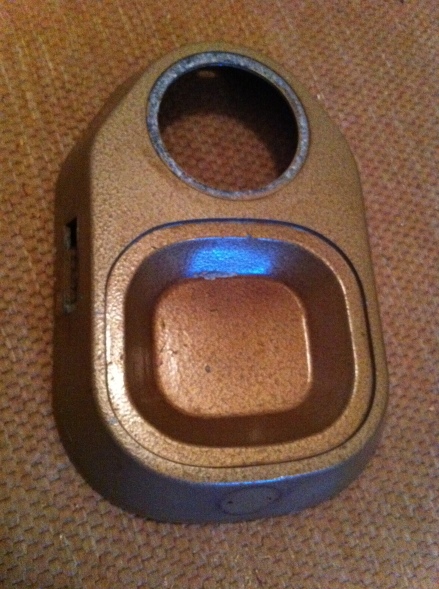 The base with everything removed and ready for blasting. 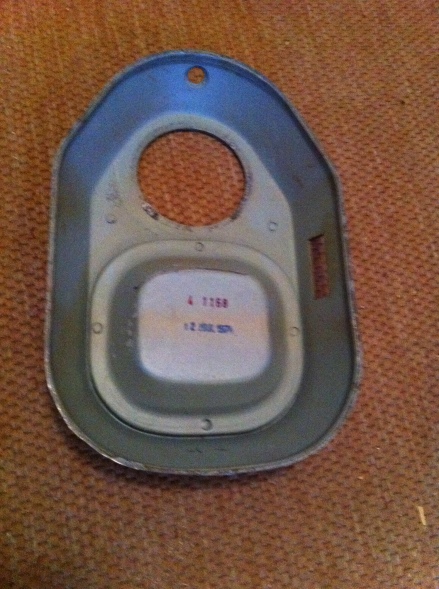 It is difficult to see the corrosion but it is mainly on the bottom where it met the rubber base.  More would be found when blasting it.

The date can be seen here, 12 Mar. 1974  These are rare machines as the group head screws into the boiler without a flange.  Newer La Pavoni’s use a flange (a later post will show a 77 rebuild).

Freshly back from the powder coater in Sea Foam Green (a left over color he had from a previous project).  If you are in Denver, Lee at Pristine Powder Coating does great work big or small.

All the parts and pieces set out for assembly.  All new gaskets were purchased from Orphan Espresso.  Espresso Care also is a great source for La Pavoni parts. I have used them both and they provide great service. The assembly is the reverse of taking it apart.  There are several sites that show the group head rebuild and I do not have much to add.  Go light on the food safe grease.  It is wise to have a correct sized screwdriver to take apart the sight glass screw or it will get all munged up.  Later I added a teflon safety valve kit from Espresso Care.

The wiring was in good condition on this one so I reused it and connected it back the way it was when I took it apart.

All complete! Makes great espresso with a proper grinder.  Do not attempt to make a La Pavoni lever work with a chopper, a cheap Capresso burr grinder as they cannot be tuned to the level the Pavoni requires.  I recommend a stepless  burr grinder.  Seattle Coffee gear has a cheap Baratza Encore that can be tuned to a fine grind.  I have not tried this but check it out and do your research. I use two different step electric grinders 😦  An Elektra MSC and a La Pavoni Zip modified with a Mazzer Mini Hopper both make for great espresso. The hand grinder I use daily is the Lido 2 from Orphan Espresso which is crazy fine tunable! And despite the comments to the contrary I have read on blogs the grinding is not difficult.  We use it twice a day for 4 lattes a day and I have no problem and neither does Kristen.  Kristen says the grinding helps wake her up 🙂

We picked up a bottomless portafilter from Espresso Care mentioned above and here is a shot pulled with it, quite tasty.  Luna Roasters Espresso Ottimo is our favorite medium roast and works great on the La Pavoni.  I do now use Aero Press filters on top of the coffee puck to prevent the fine grind from going back into the boiler, they work great and do not affect the espresso! We dump the tank less often now and when we do its clean.   Caveats: